The Society held its Christmas Party on Saturday 2nd December at the Drill Hall.

Our hosts for the evening were Sallie and Keith James, who were ably assisted by Angela and Harry Middleditch.   Thanks must also be given to members of the Executive who provided vital help on the day, and to chairman Geoffrey Sumner, playing the role of Santa Claus.

The evening started with an act showing how you could change through the various stages to become a pantomime dame, and the dame then led those present through the pantomime and ended up with a number of songs, sung with gusto and much enthusiasm.

A cold buffet followed, with the Christmas trapping of crackers, hats and horrible jokes, and a visit from Father Christmas.

The evening concluded with the Chepstow Community Big Band, playing from 9.30pm to 11.30pm. They were as always excellent, playing easy listening music, singing by two members of the band, solo acts and dance music, allowing guests to show off their dance prowess.

A vote of thanks was given by David Barber to Sallie and Keith, with mention of the others who made the evening such a success. 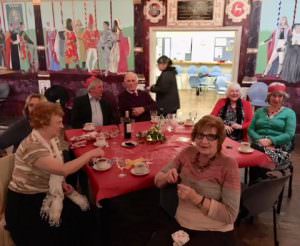 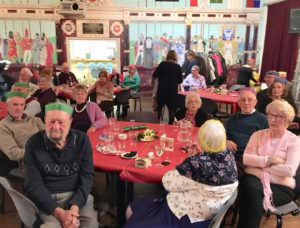 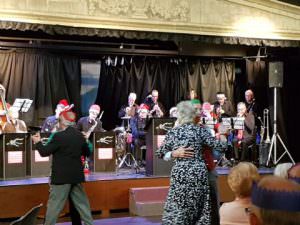